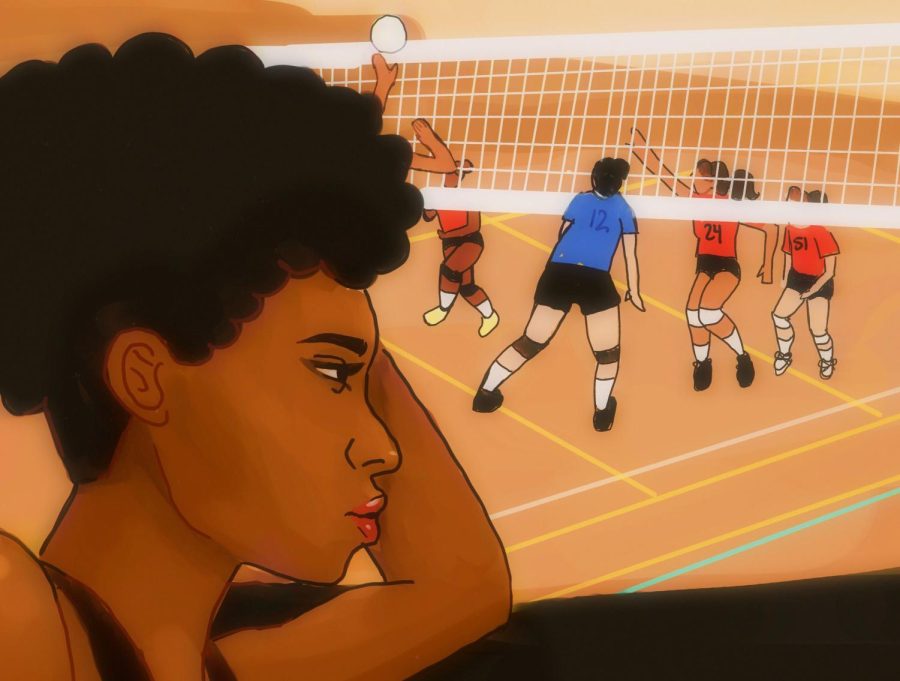 “No athletic team or sport designated for females, women or girls shall be open to students of the male sex, as assigned at birth,” states Senate Bill 781.

The “Save Women’s Sports Act” was passed on Wednesday, April 25, by a 93-14 vote in the Missouri House of Representatives. The bill was scheduled to be perfected in front of the Senate Tuesday, April 26.

Introduced by Republican Senator Mike Moon, the act pertains to middle and high school sports and states that schools that allow transgender women on their female sports team will not receive appropriated funding by the General Assembly.

Chuck Bayse, Republican representative, argues that because males are biologically “superior” to females, transgender women would have an unfair advantage in sports.

Excluding trans women from sports further excludes them, which, in turn, makes them more susceptible to discrimination.

The Missouri State High School Activities Association (MSHSAA) already requires trans athletes to undergo hormone therapy for one year to balance out the biological differences between the sexes before they are permitted to compete.

However, hormone therapy is not always a viable option for transgender women. It can be both costly for young people and difficult to attain without parental involvement.

According to a study conducted by the British Journal of Sports Medicine, transgender men and women who underwent hormone therapy while enlisted in the U.S. Air Force found that after a year of hormone treatments, trans women had no advantage in the amount of push ups and sit ups they performed in a minute over their cis gendered counterparts. The study also found that trans women reduced their speed advantage in a 1.5 mile run from 21 percent to 12 percent.

Additionally, the field of athletics is all about biological advantages. Certain athletes are taller, stronger and faster than another athlete of their same division regardless of gender or assigned sex at birth.

MSHSAA’s Communications Director Jason West said until an official decision on the bill is made, they will stick to the rules outlined in the MSHSAA handbook.

“There really hasn’t been anything similar that has happened before,” West said. “As of right now, MSHSAA will adhere to its current guidelines in the handbook but if state law changes, we will follow suit.”

There have only been two trans women who have conformed to MSHAA standards to compete in Missouri in the last 10 years.

Transgender athletes are the same as their cis counterparts; they want their opportunity to work hard, compete and have fun in their respective sport. They are people, and they deserve a right to enjoy middle, high school and collegiate sports in an environment that supports them in their athletic endeavors.

Missouri lawmakers must be held accountable for their prejudice toward the trans community. Students must use their voice to communicate their malcontent to state lawmakers to prevent this legislature from becoming law.

Representative Bruce DeGroot and Senator Dave Schatz represent the areas around MHS. Rep. DeGroot was one of the 93 other representatives that voted to restrict trans athletes rights to compete. Rep. DeGroot can be contacted at 573-751-1247 or [email protected] and Sen. Schatz can be reached at (573) 751-3678 or https://www.senate.mo.gov/DistrictWebApplication/Contact?DistrictNumber=26 (make Qr code in In design)