Treating Alzheimer’s, helping children with cancer, learning how people’s internal clocks function. All of these topics and more were discussed by five medical experts during the Med Talks conference March 2.

Co-president of HOSA Neha Bollam, senior, said the event was made to give students interested in the medical field a chance to meet professionals.

“It’s a great opportunity for students to have easy access to medical information,” Bollam said.

Bollam said this accessibility extended financially as well with the ticket prices being $5.

Bollam added that another benefit of Med Talks was that all the money raised by the event went towards the National Pediatric Cancer Foundation (NPCF), a charity fighting children’s cancer across the world.

Bollam said she was happy with how the event turned out.

“I think the people who went learned a lot, even if they weren’t interested medicine,” Bollam said. “It was a chance for students and the community to become more aware of health problems in our community and around the world.”

Dr. Todd Druley, pediatric oncologist, spoke about his experience treating children’s cancer, as well as his time as a physician and scientist in the medical field.

While he presented at the event to help NPCF, Druley said he also enjoys talking to kids about the medical field.

“These are sometimes daunting careers to consider, I want to show that anybody can do it if you are willing to stick to it,” Druley said. “There isn’t a one size fits all career trajectory. You can really bend your time and energy making this career what you want it to be.”

Druley said he sees a lot of potential in Med Talks, especially with students being able to meet and make connections with medical experts.

“It can be overwhelming because there are so many things to choose from,” Druley said. “Hopefully this will help the audience find where they fit perfectly.”

Science teacher Lisa Del Pizzo, HOSA sponsor, said, along with recruiting professionals, HOSA had to schedule a time in the Theatre, prepare concessions in advance, provide tickets for students outside of MHS, and contact the central office and communications department to get the event pushed out on social media.

“It was a massive amount of time and preparation to pull it off,” Del Pizzo said.

The conference was originally scheduled for January but had to be rescheduled due to poor weather conditions.

Del Pizzo said the planning was not changed that much because of the rescheduling. What was changed however was the attendance because many other science related events and the start of spring sports conflicted with the rescheduled time.

“The January date had a much bigger draw than what we had last weekend,” Del Pizzo said. “I hope the people who attended enjoyed it nonetheless.”

Del Pizzo said she hopes the event continues to give students a chance to see what possibilities there are in the medical field.

“Med Talks shows students that there are a lot of opportunities and a lot of different pathways for them to get involved and pursue their passion,” Del Pizzo said. 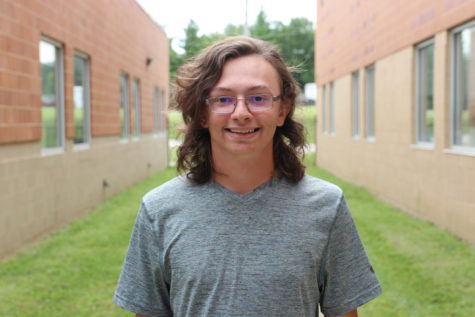