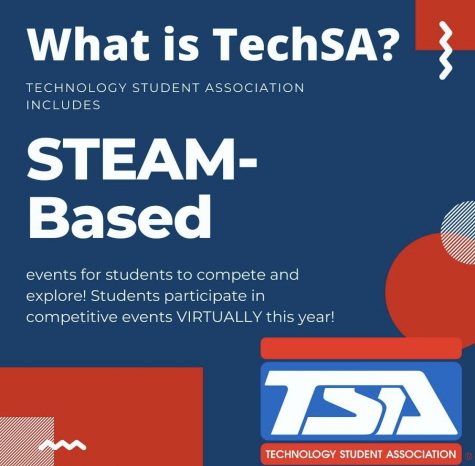 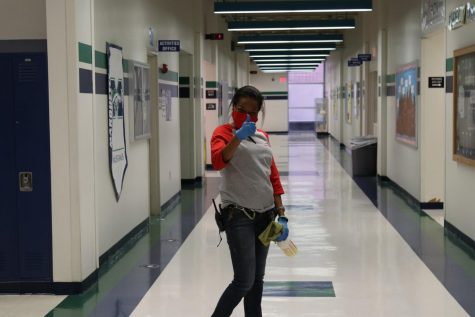 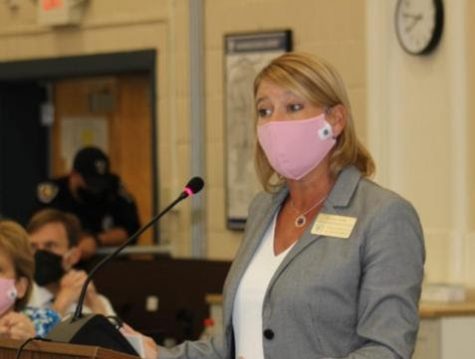 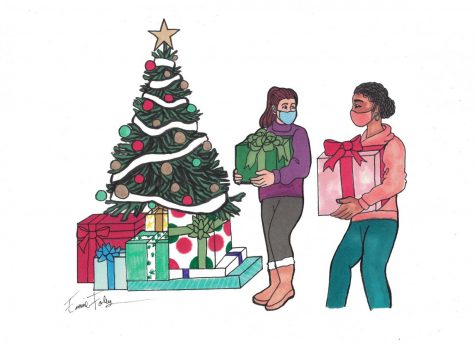 (Front right) Shruti Punnachalil, junior, works during fourth hour to contact all 904 judges to tell them that the 2019 Marquette Speech and Debate tournament is cancelled due to weather. Punnachalil said many of the judges were members of the MHS community, who would also be affected by the weather. “Our parents donate a lot of their time, a lot of my family friends have too,” Punnachalil said. “The communities also tend to know when the Marquette tournament is, and it’s a really great place for people to see each other because they all tend to reunite at our tournament.”

After two months of preparation, this weekend’s inclement weather caused the cancellation of the 2019 MHS Speech and Debate Invitational tournament, scheduled for Friday, Feb. 15 and Saturday, Feb. 16. The tournament will not be rescheduled.

Several key members of the team spent Friday’s early dismissal day contacting round judges and the 25 participating teams. They also attempted to cancel food orders and return items that were bought for concessions and hospitality, some of which was nonrefundable.

Cate Sanazaro, speech and debate head coach, said key fundraising occurs at the MHS tournament, not only for the MHS speech and debate team, but also for a charity of their choice. Most of this year’s profit was going to be donated to the Michael J. Fox Foundation for Parkinson’s Research.

Sanazaro said the team was disappointed.

“It was just such a letdown because they have worked so hard for weeks to get this together,” Sanazaro said. “Everyone felt like it was really there, but having it cancelled really hurt.”

It was just such a letdown because they have worked so hard for weeks to get this together. Everyone felt like it was really there, but having it cancelled really hurt.”

“It’s definitely pretty disappointing because we spent probably upwards of 10 hours per week for the last month or two preparing for this tournament,” Pang said. “And it was definitely a blow to us seniors who are not going to have another tournament.”

“That was awesome,” Punnachalil said. “Our team has never pulled through like that before, so this was unprecedentedly great on our side.”

But because the event was cancelled, Punnachalil and other members spent fourth hour on Friday contacting every judge to inform them of the cancellation.

“This was genuinely very disappointing,” Punnachalil said. “I would been on stage for the first time, which is kind of exciting, but I know there’s always next year and the fact that I have another year on this team is what’s getting me going.”