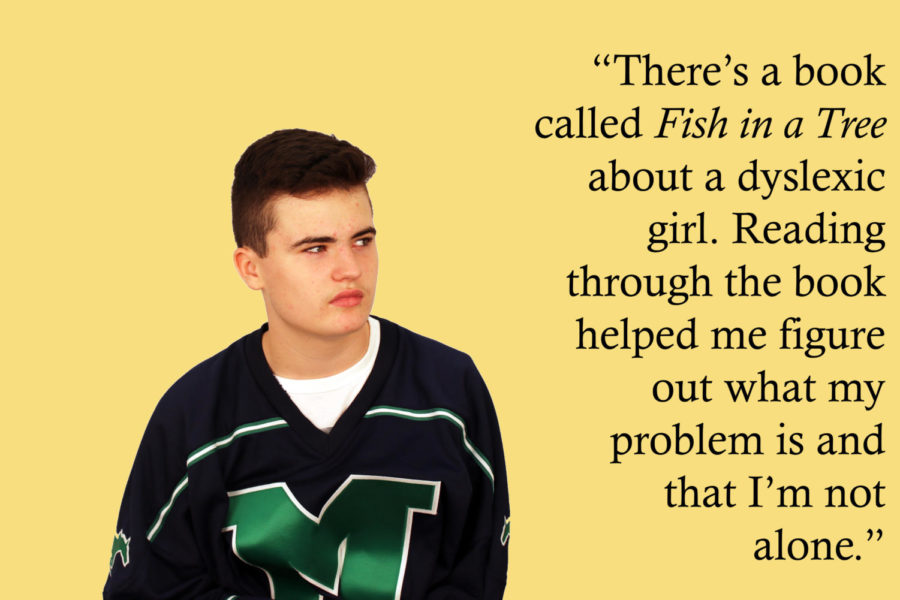 In seventh grade, Isaac Weatherford’s, freshman, parents noticed that he was working at a slower speed then his classmates.

After getting him tested, he was medically diagnosed with dyslexia.

“It has been very tough because not a lot of people know how handle it,” Isaac said. “You just have to work much harder than other people and it can be difficult to overcome that challenge.”

When Weatherford lived in Kansas City, his teachers lacked the knowledge necessary to help him learn. He said that Rockwood is a better school district and he’s excited to hear that they are instituting Phonics First.

“I think Phonics First going to help a lot because they will identify the problem early making it easier to solve the problem,” Isaac said. “I think they should take it at a lower age around first and second grade and then an older age like around seventh grade because it can sometimes be hard to identify Dyslexia at a young age.”

Weatherford said that his parents have always been very supportive as they have strived to provide him with the best educational experience through books, tutors and assistance.

“My sister is dyslexic and my dad himself thinks he’s dyslexic too,” Isaac said. “There’s a book called Fish in a Tree about a dyslexic girl. Reading through the book helped me figure out what my problem is and that I’m not alone.”

“Some children learn to read in a different way than the norm,” Steffan said. “Their brains process information differently, and therefore, they need a different instructional model.”

Because this program has been instituted to help students make adequate progress in reading interventions, the goal is to have all kids reading at grade level expectations, Steffan said.

To maintain this goal, Rockwood reading intervention teachers received 30 hours of training within the first week of school.

“The Reading Intervention department in Rockwood is committed to supporting all students who struggle with learning to read,” Steffan said. “It is exciting to have a new intervention to support students who need a new a different teaching technique.”

Justin said that the training was more interactive allowing the teachers to experience what it would feel like to have dyslexia.

“It was really enlightening because the exercises was meant to show us how a kid who who doesn’t learn and see things like everyone else can easily get frustrated,” Justin said.

While Justin has seen the impact of dyslexia first-hand with her son and brother, she said the training was very educational as it it gave the teachers a goal to strive for: include all different types of learners.

“I think we need to do activities like that more often because we are all wired so differently,” Justin said. “We live in a society that has these rigid expectations and if you aren’t that kind of person it’s very hard to adapt.”

Frank Weatherford, Isaac’s father, has always been supportive of Isaac by helping him with school.

“When his dyslexia was first diagnosed, we got him a tutor,” Frank said. “It was hard because some days he wanted to play baseball but he had to go read after school. However, we were willing to make these sacrifices.”

Along with the tutoring, Frank awards much credit to the Rockwood School District and their teaching styles.

“Even though Kansas City and St. Louis have the same state laws regarding education, Rockwood has been more accommodating for special learning disabilities,” Frank said.

He said that he believes Phonics First will greatly help benefit those who do have learning disabilities because they will be identified at a young age and they can receive the proper help.

“In first grade and lower, students are learning to read but starting in third grade, students are reading to learn,” Frank said.

“It’s unfortunate when dyslexic students dropout of school because in the long run, the positives eventually outway the negatives,” Frank said. “After school, it becomes a good gift because those with dyslexia tend to be more creative and hard-working.”