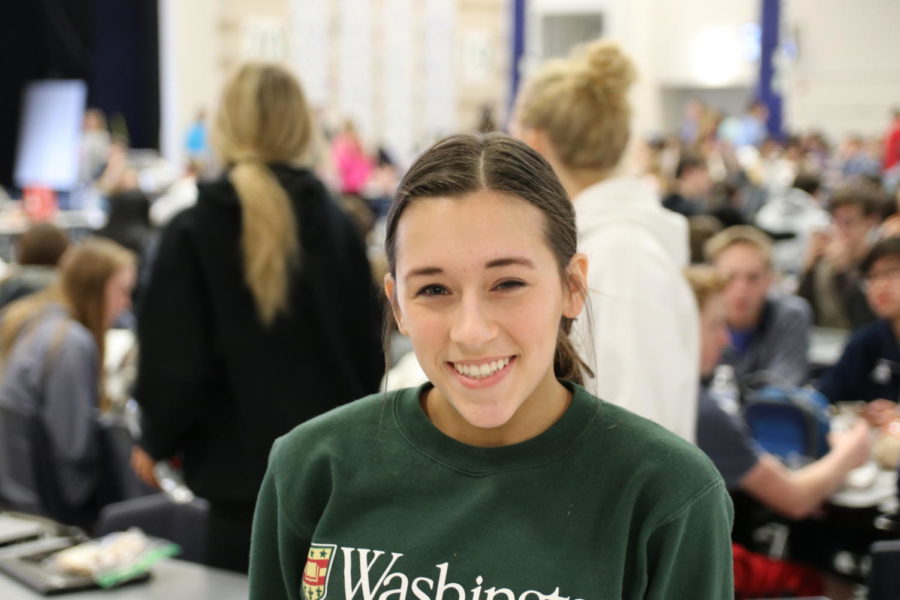 “I started aerial dance the summer after seventh grade, so about two years ago. Ever since then, I’ve just really fallen in love with the sport. It truly is a way to express yourself. It does take a lot of strength and it can be difficult at first, but if you do everything right, the outcome can be beautiful. My sister had Mrs. Bremer last year and she found out that Mrs. Bremer has this ariel dancing company and is this amazing coach. I approached her in the first or second week of school asking if she would be interested in starting an aerial dance club. She was really excited about the idea and it’s been something we have been working on since then,”