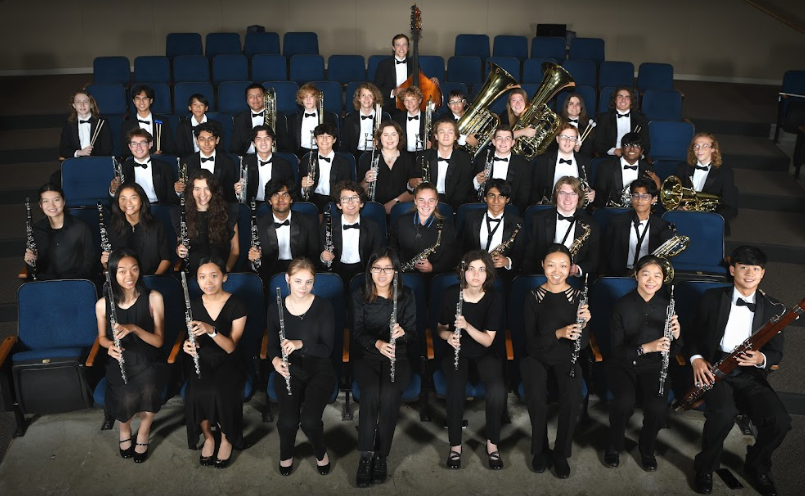 This year for the first time in Marquette history, MHS was invited to play at the conference on Thursday, January 26, 2023 at Tan-Tar-A resort in the Lake of the Ozarks, MO.

Christain Pierce, band director, decided to record last year’s band to send home to families and seniors to remember their time in the band. As he looked back on the videos from the Wind Ensemble, he also decided to send them to the Missouri Music Educators Association Conference (MMEAC), a selective event that very few schools get chosen for.

“We actually didn’t even tell our students that we were doing it,” Pierce said. “The band had been doing really great last year. We thought maybe they had a shot at something that doesn’t happen too often.”

When Clarisse Yiu, junior, received an email from band teacher Pierce this summer, she never could have guessed that it was because the Marquette Wind Ensemble would be playing this year’s MMEAC.

“It’s really special because only seven other bands in the entire state are going too,” Yiu said. “It’s a pretty big thing.”

For Alex Chen, senior, last year was his first year in person working with Pierce and the rest of the group so he was impressed about the amount of teamwork the ensemble had.

“I was really proud of our group. Last year was pretty interesting,” Chen said.

This year for the first time in Marquette history, MHS was invited to play at the conference on Thursday, January 26, 2023 at Tan-Tar-A resort in the Lake of the Ozarks, MO.

Because of this being MHS’s first time at this special event, the Wind Ensemble will be doing a few things to remember this opportunity. The Band directors will be hiring a program designer and a professional photographer to make a booklet of the Ensemble that will be passed out after the performance to remember the special day.

The Wind ensemble will be traveling a day early so they will also be performing at Capitol City High School in Jefferson City, Mo.

It’s a long process to get ready for the event. Pierce is talking with a composer who is writing an original piece for the Ensemble to play at the conference. Tyler Brucker, senior, explained that there’s more to plan for than learning their music. Because of this, the ensemble doesn’t have many practices and is making it a point to make each of them count.

“Every rehearsal matters,” Brucker said.  “We’re putting in a lot of hard work, trying to learn our music as quickly as we can.”