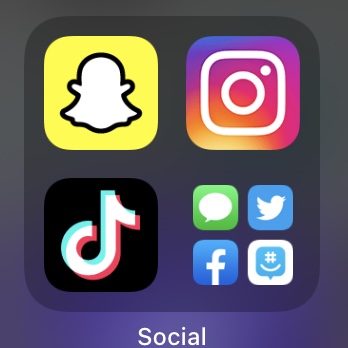 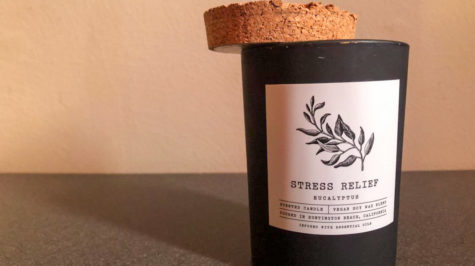 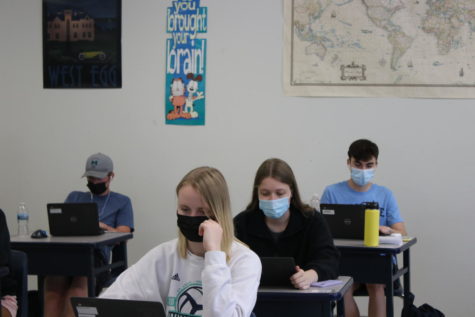 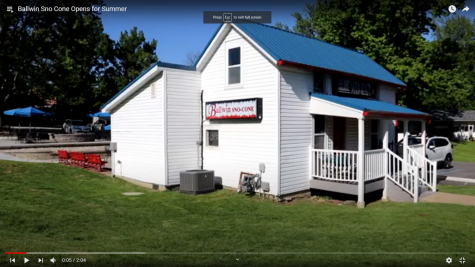 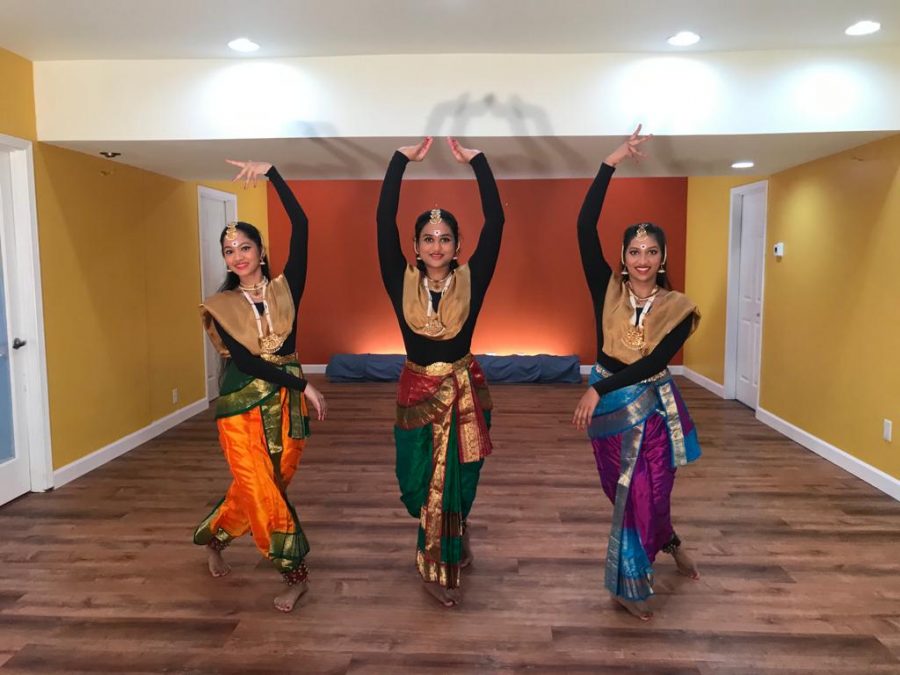 On Sunday, Apr. 11, sophomores Sahithi Tadakamalla and Srija Akurati (pictured above) performed at the Fabulous FOX Theatre as finalists in the STL Teen Talent Show. They are among the final 14 acts, all of whose final performances will air on PBS 7 p.m., Monday, May, 24.

Pianist Alex Chen, sophomore, is one of three MHS finalists in the annual STL Teen Talent Show. His piece is one that he has practiced so extensively that he is able to play it while blindfolded ‒ Chopin Etude in C-sharp Minor, Op.10, No.4.

Chen said, like him, this piece (nicknamed the Torrent etude), is chaotic and exciting.

“It’s exhilarating,” Chen said. “In a lot of ways, Torrent etude reminds me of myself.”

On Sunday, Apr. 11, Chen and sophomores Sahithi Tadakamalla and Srija Akurati  performed at the Fabulous FOX Theatre as finalists in the STL Teen Talent Show. They are among the final 14 acts, all of whose final performances will air on PBS 7 p.m., Monday, May, 24. This is the first time three MHS sophomores have made it to finals.

Chen has been playing piano ever since his mother bought him a keyboard as a young toddler and started lessons when he was five years old.

He found out about the annual STL Teen Talent Show through his piano teacher and applied in January through an entirely virtual audition process.

He said his favorite part of the experience so far is the new people he has met and the new doors that have opened up for him.

“The most rewarding thing about music is its ability to bring people together,” Chen said. “Even with my tiny three-minute performance in the talent show, there are dozens of people thinking out every detail from the makeup choices to the lighting.”

Chen said, while he likes to joke that navigating stage makeup has been the most difficult part of competing in the talent show, practice is the hardest aspect of being a finalist in the show.

He has practiced his piece for hundreds of hours, now knowing it well enough to practice it completely blindfolded.

Chen said he believes he made it to the final 14 because of the youthful spirit and personal flair he performs with.

“There’s a big misconception that all classical musicians are old, balding greasy men,” Chen said.  “With my performance, I try to make it so that if you watch it, I promise you will be entertained.”

Sahithi Tadakamalla and Srija Akurati are the other two MHS sophomores that are finalists in the talent show.

Together, along with junior Mounica Valluru from Parkway South High School, the trio performed a four-minute Indian classical dance in the style of Kuchipudi.

“The dance we are doing is called ‘Nateshakauthvam’,” Tadakamalla said. “It is both a song and dance meant to be in worship of the Hindu god Lord Shiva.”

Tadakamalla said ‘Nateshakauthvam’ is a unique dance in the way that it conveys both anger and devotion.

She said she, Akurati and Valluru originally found out about the talent show through their dance academy, Kuchipudi Arts Academy. The trio considered competing in last year’s talent show, but ultimately decided not to.

The trio was pleasantly surprised when they got the news they made it to finals, Tadakamalla said. She said she was extremely grateful for being able to be one of the few acts of the show that were announced finalists.

Akurati said she was shocked to find out that their group was able to beat out many other talented acts.

“We didn’t have high expectations for ourselves to make it to finals since we were doing this for fun,” Akurati said. “I was in no way expecting we would make it to finals, but I am very happy we did. It was such a rush.”

Tadakamalla said the most challenging part of preparing for finals was the practice. Specifically, she said the attention to detail it took to synchronize her movements perfectly in time with Akurati and Valluru was especially difficult.

Akurati described the goal of their synchronization as trying to get it to look like one person was dancing through three different bodies.

Unlike the years of group dancing Tadakamalla, Valluru, and her have done in the past, Akurati said competing in the STL Teen Talent Show was different because it was in a competitive setting.

“We of course had fun practicing and performing together, but we really had to get serious with practicing since we were going to compete and possibly end up on live television,” Akurati said.

Akurati said all the practice and preparation is worth it, and said seeing their names on the finals board was a special feeling she will never forget.

She is most grateful for having the opportunity to give people the chance to see Indian classical dance when they otherwise would not have been able to, Akurati said.

“A lot of people think of dance as mostly Western with contemporary, jazz, ballet, etc.,” Akurati said. “I’m glad that our performance can open people up to the whole new world of Indian dancing.”

While waiting to hear the results of the talent show, Chen said he is working on a secret new music project he will be revealing in the coming months.

As for Tadakamalla and Akurati, they will continue to be student teachers at the Kuchipudi Arts Academy.