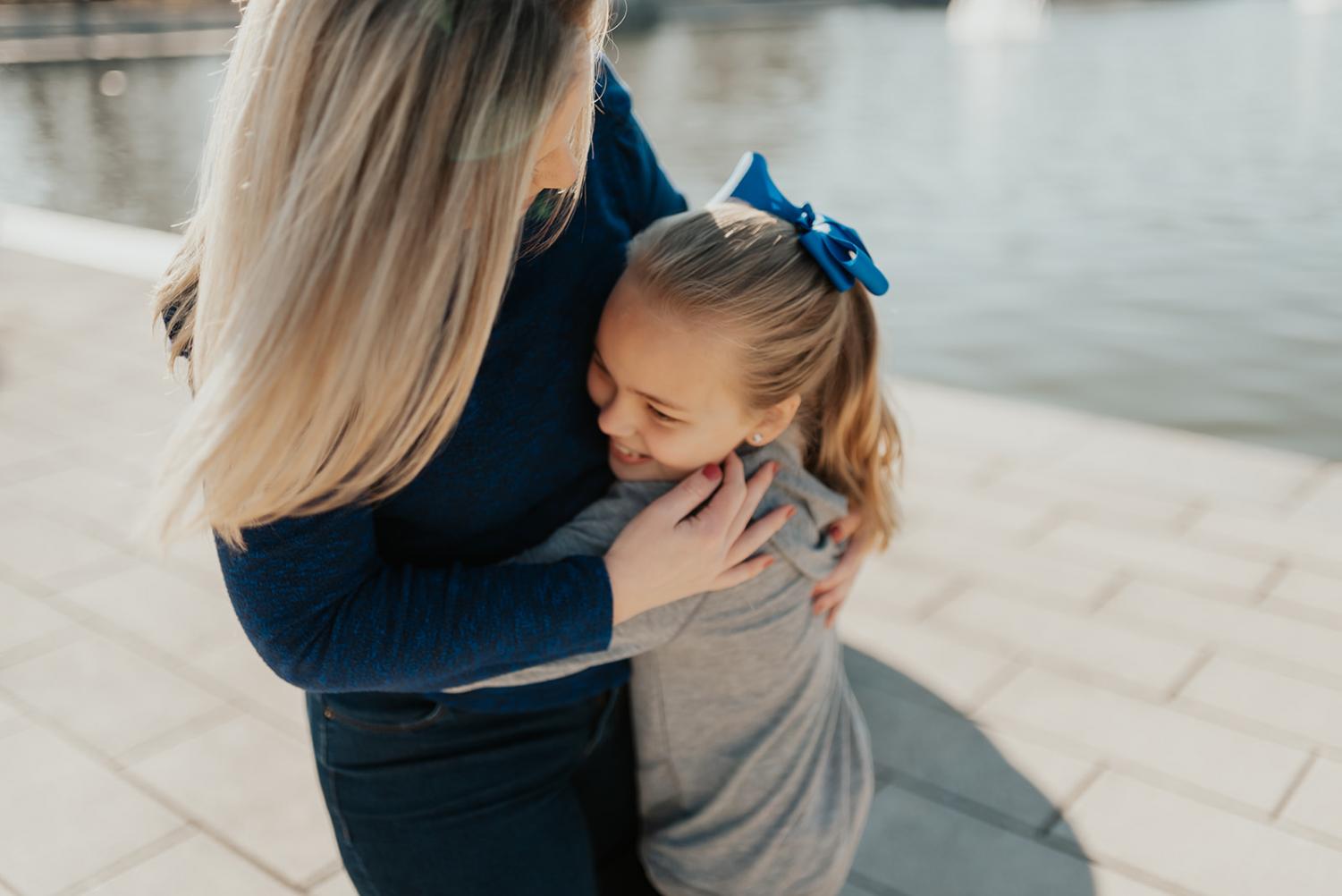 Paula Ake, college counselor, booked a photography session with Isabella Jacobs, senior, to take pictures of her and her daughter in Forest Park. (Media by Isabella Jacobs)

Paula Ake, college counselor, booked a photography session with Isabella Jacobs, senior, to take pictures of her and her daughter in Forest Park.

The minute she started snapping pictures at age 15, Isabella Jacobs, senior, knew she had found her love for photography.

But Jacobs isn’t the average run-of-the-mill photographer who likes to jump on trends. She prefers to use photography to tell a story.

“I really value connection and emotional intimacy over trendy photos, and I firmly believe that people are beautiful and their stories are worth photographing and remembering,” Jacobs said.

Eventually, her passion for the art led her to pursue photography as a job. After winding her way through the legal affairs involved with running her business, a job Jacobs said required a lot of googling, she officially started Isabella Rose Photography and became a limited liability corporation (LLC), focusing on photographing senior portraits and weddings.

Jacobs primarily photographed family and friends, but a couple years later, Jacobs said about 80-90 percent of her job inquiries were via Instagram, which she said is a huge way small businesses find clientele today.

“There are a lot of real-life skills that go into starting a business that I didn’t learn at school,” Jacobs said. “I’ve learned a lot independently, through real-world experience.”

While Jacobs is an MHS student, she attends all her classes at St. Louis Community College (STLCC), earning high school and college credit simultaneously as part of the Early College Partnership (ECP) program.

Jacobs is currently completing her General Transfer associate’s degree at STLCC, but plans to transfer to Lindenwood University in the fall to major in business administration. As she earns her college education, Jacobs said she hopes to continue growing her photography business and focus on shooting wedding sessions full-time.

Paula Ake, college counselor, said the ECP has become more popular every year, and she projects that it will continue to grow.

Ake said businesses run by young students like Jacobs are becoming more prevalent, especially during the pandemic as people have had more free time. Students interested in business have been able to focus their creative energy into doing something in that area, Ake said.

“You’re never too young to get started,” Ake said. “If it’s something that you really, truly enjoy, by all means, put yourself out there and give it a chance.”

After Jacobs mentioned to Ake that she was considering turning her hobby into a business, Ake kept an eye out to see where Jacobs would go and how she could support her. Eventually, looking through Jacob’s social media, Ake decided she wanted to work with her and booked a mother-daughter session with Jacobs.

“It was a session full of laughter and just complete enjoyment much better than any old fashioned studio, where you are told to just pose and smile,” Ake said. “She was very easy going [and] really just let us have fun with it, shared her ideas, but also asked for our ideas.”

Aarushi Boinepally, senior, has been friends with Jacobs for a long time and saw her photography business grow since the beginning.

Boinepally didn’t ever want to do senior photos because she never really thought it was her thing, but Jacobs pushed her to take some, offering to shoot her. Their friendship was the basis of her agreeing to take photos, Boinepally said, but her friend’s talent for her art also played a part in her decision to have her photos taken.

“Taking photos is just so uncomfortable,” Boinepally said. “In a general setting, you got to smile, you don’t know where to put your hand, you don’t know how to position yourself, but Isabella would just uplift you.”

Jacobs came to the session with an idea of what she wanted to shoot, Boinepally said. She said she put her trust in Jacobs and it turned out better than she had imagined they would come out.

Boinepally describes Jacobs as a “visionary,” who doesn’t limit herself to one thing and pushes herself outside of her comfort zone. Jacobs brings color and vivacity to her pictures, Boinepally said, and there’s a sense of hope and resilience in her work.

“There’s just this distinction between a photographer that puts a stand up and is just like ‘smile’ and clicks a photo,” Boinepally said. “It’s literally like you’re seeing yourself reliving the day you had when you were taking photos.”