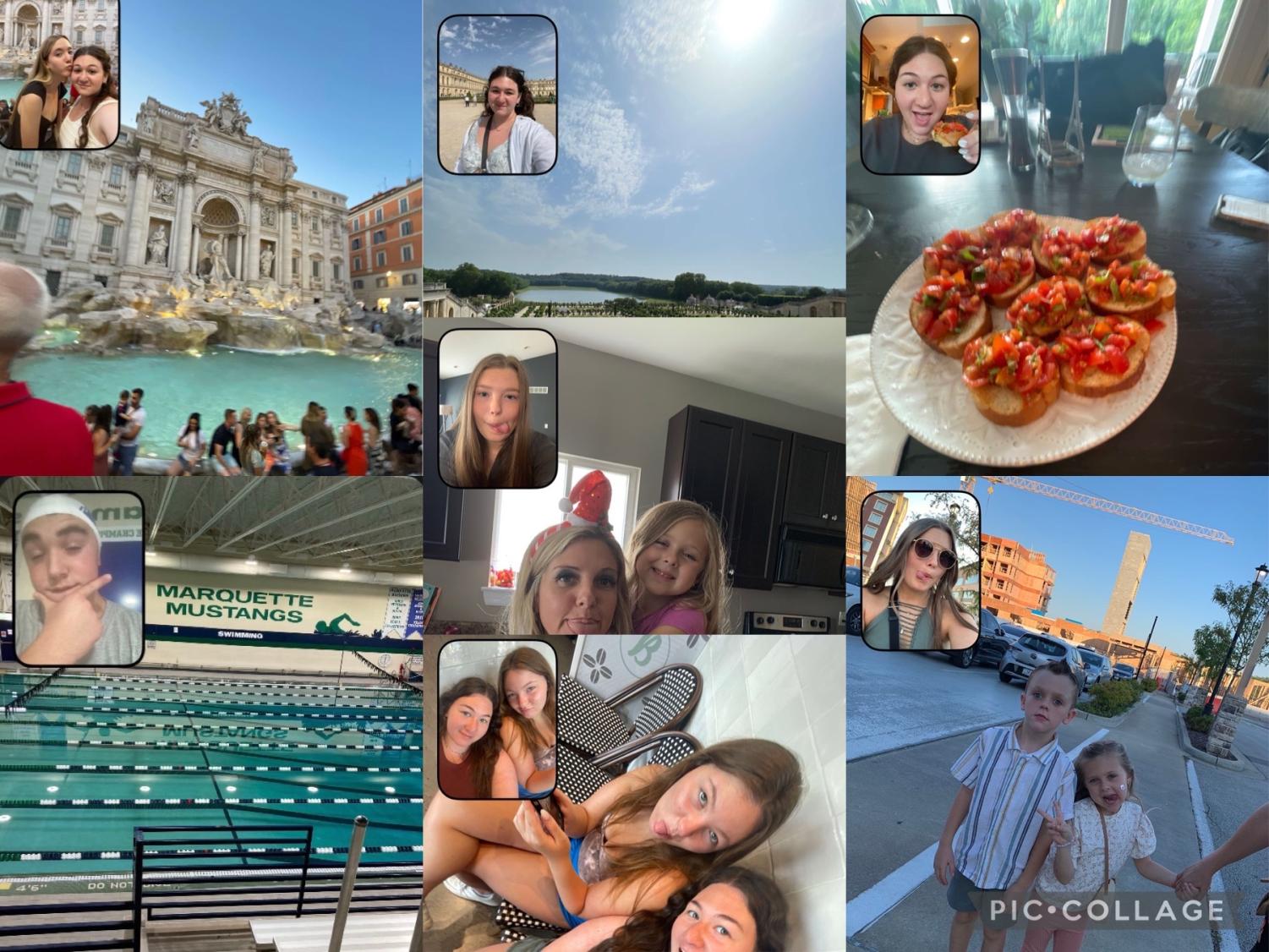 BeReal, a social media app launched in 2020, claims to be based on authenticity. Multiple students at MHS praise BeReal for this feature. “I like it because there’s no editing,” Ashlyn Merritt, sophomore, said. (Media by Maya Tegman, Ashlyn Merritt, Luca Kambol)

BeReal, a social media app launched in 2020, claims to be based on authenticity. Multiple students at MHS praise BeReal for this feature. “I like it because there’s no editing,” Ashlyn Merritt, sophomore, said.

Maya Tegman, senior, always looks forward to hearing her phone buzz with the notification that it’s “Time to BeReal”. From the time she gets the notification, she has two minutes to capture a picture of herself and what she is doing at the moment.

Tegman heard about the app from friends and started using it in May of this year. One of the biggest reasons she appreciates the app is its genuineness.

I think BeReal gives me a chance to post something authentic because on Instagram I curate my feed.”

“I think BeReal gives me a chance to post something authentic because on Instagram I curate my feed,” she said.

Tegman also said it is enjoyable to be able to look back on her past posts, especially BeReals she took in Europe last school year.

“It was fun to post when everyone else was at school and I was at places like Versailles,” Tegman said. “Plus, the BeReals I took in Europe were always within the two minute window.”

The app does permit people to post late, however, the post will display how late outside the two minute time frame the post is. Tegman believes that the best way to use the app is to post right when the notification is sent out to users.

“Some people use it authentically, and some don’t,” she said. “If you do it one hour late, fine, maybe you didn’t see it, but ten hours late, fifteen, even the next day, it’s not really authentic.”

It’s real. It’s in the moment, and it doesn’t have to be perfect. ”

Luca Kambol, junior, is not so picky about being on time. His decision to post is based on where he is and what he’s doing.

“Mostly, I like to take BeReals at school,” Kambol said. “I have ones from French, business class and the pool.”

“It’s very cool and I recommend downloading it,” he said.

It seems many people agree with Kambol—BeReal has had more than 2.7 million downloads in the U.S. as of May 2022, according to Statista.

Another reason why so many students, like Ashlyn Merritt, sophomore, love BeReal is because it presents a chance to capture meaningful memories.

“A couple of days ago, I took a BeReal of my dad’s girlfriend because her daughter did her makeup. It was really cute and funny,” she said.

Merritt, like Tegman, also appreciates the fact that there are no filters or chances to edit pictures.

“It’s real,” Merritt said. “It’s in the moment, and it doesn’t have to be perfect.