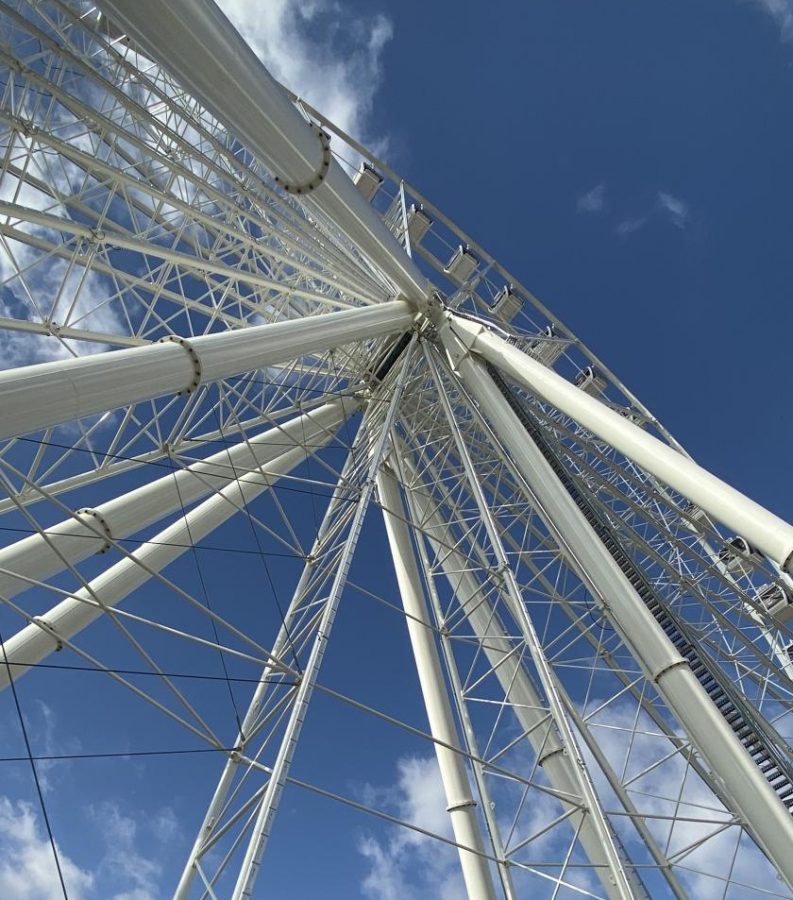 The ferris wheel features a visibility of almost 20 miles from each one of its 42 climate controlled gondolas. Each gondola offers a 15-minute ride for a maximum of eight passengers.

The 640,000 pound wheel makes 30 rotations an hour, and at night the 1.6 million LED lights light up the structure of the wheel. The color combinations are ever changing, but are sometimes changing based on the season. Right now, the lights are themed for Christmas with red and green.

The wheel is not unreasonably priced, with regular admission at $15 and children and seniors at $10. For such a low price, the attraction is fun for all ages and provides great views of the metro area.

The seats inside the gondola weren’t uncomfortable, but were nowhere near cushy. Though it doesn’t count against the experience, getting in and out of the enclosure can be a little tricky, as it swings back and forth, so extra caution should be provided.

Along with the wheel is the revamp of St. Louis’ Union Station. While it’s still in development, there are activities open to the public during the construction of the aquarium, such as the ropes course.

For $13 a person, one gets unlimited access to the three story ropes along with two sections of zipline. The ropes course is thrilling, and opposite of thought, the second story is more difficult than the third. The course towers over the lobby of the Union Station building.

The path is designed to let the participant to choose which way they will go. Safety is not a concern either, the harness is locked into a track at the beginning of the course with the only to get out of it is to return to the bottom.

The zipline (SkyRail) is mediocre, but can be intriguing given that it stands three stories above.

The final part to debut, the aquarium, will open on Dec. 25 this year.