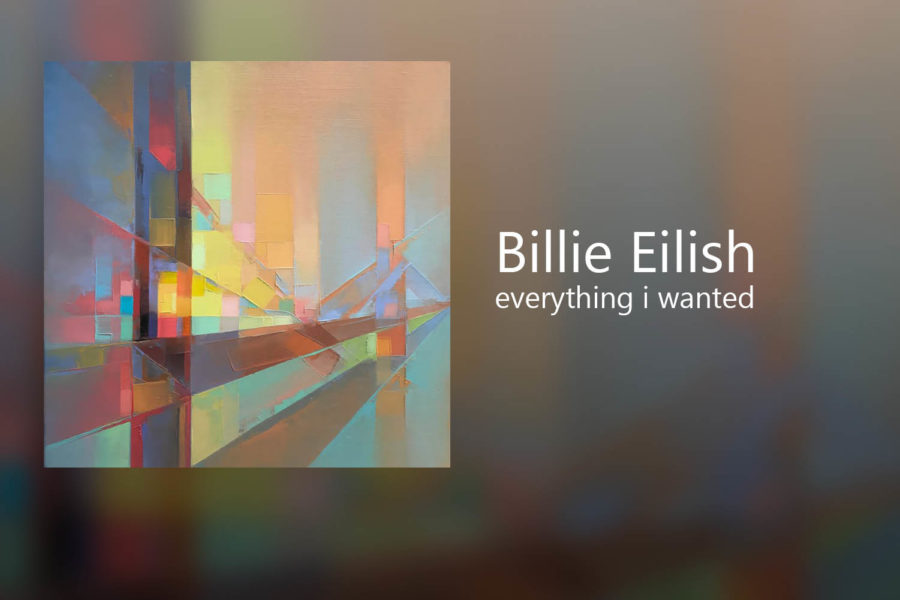 Billie Eilish released her newest single “everything i wanted” on Nov. 13.

Billie Eilish released her newest single “everything i wanted” yesterday, Nov. 13,  and I fell in love with this gift from heaven above the second it was released at 6 p.m.

Fans have been anxiously waiting for the song after Eilish surprised them with the announcement of a new song last week. The release is Eilish’s first release since her very popular remix of “Bad Guy,” featuring Justin Bieber, was released.

Once the song started playing, I was instantly overwhelmed with the beauty that is the soft melody that opens the song. The melancholy and subtle piano notes filled me with this sense of relaxation and mellowness.

I loved how the song also transitions into a deep and cool back beat that makes it danceable but also emotional. It is a perfect combination of both Eilish’s upbeat dance aspect as well as her deep and emotional side.

Eilish also does a lot of cool technical effects throughout the song to better display the feelings she is trying to express.

For example, when Eilish sings about how her “head is underwater,” her vocals are muffled so that it sounds like she is singing the song underwater. I thought this was a cool idea and it gives me chills every time this section plays.

She writes and sings what she feels and is truly changing the way music is being made. ”

The breathy vocals throughout the song create this angelic and beautiful persona to her but then the lyrics create a more negative tone. This was Eilish’s attempt to portray how although she has this life of beauty and wonder, she still has this melancholy attitude due to the stressors of the life she lives.

The lyrics in the song are also insightful into the world of being famous.

Throughout the chorus, Eilish describes how all she wants is validation and that she doesn’t see herself worthy of the life she lives. She also says how all she wishes if for someone to be there to hold her and comfort her.

In the bridge, Eilish sings “If I knew it all then would I do it again” and “If they knew what they said would go straight to my head what would they say instead.” Here, Eilish is being completely open about how she is impacted by the opinions that are being shared about her and that all she wants to do is to impress others. This is a relatable aspect to the song that a lot of people can get something from.

It is easy to let other people’s opinions be an influence on your self worth, and having someone with such a large following deal with similar problems, provides inspiration and support to listeners.

It is cool that Eilish can be so honest with fans in her music. She always stays true to herself and the music she wants to be making. She writes and sings what she feels and is truly changing the way I view and appreciate music.

On the topic of her vocals, Eilish is not human. She impresses me more and more each time I listen to her. She has such raw and pure talent unlike a lot of the auto-tuned pop we are so attuned to listening to.

She is so unique in the music scene and that is why I appreciate her so much.