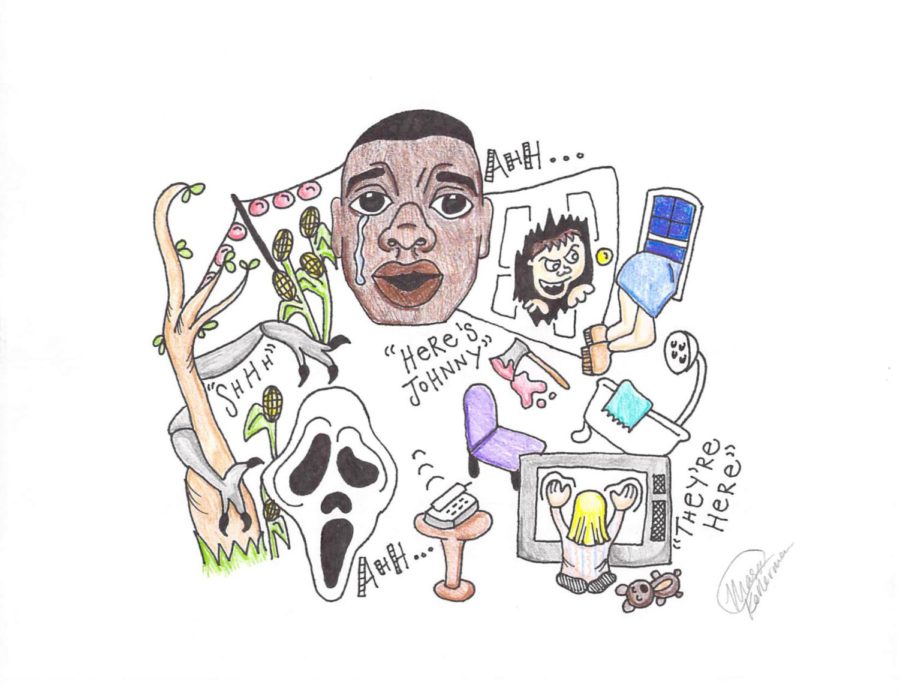 For the month of October, the Messenger presents the top scary movie picks.

October has finally arrived, which means spooky season is finally here. Here are some of Messenger’s top scary movie picks, new and old, for you to watch this month:

This movie, written and directed by John Krasinski, broke boundaries as a mainly silent horror movie. The film came out in 2018 and became an instant hit receiving great reviews and awards such as, a 95 percent rating from Rotten Tomatoes and the Critics’ Choice Award for Best Sci-Fi/Horror Movie of 2019. It followed a family living in a post-apocalyptic world, where they had to remain silent because there many creatures that hunted for victims through sound. This movie is extremely scary and contains many suspenseful scenes, and a sequel is set to come out March 20, 2020.

The Freeling Family just moved into their new home, when strange events start occurring, the most famous when the youngest daughter, Carol Anne, Heather O’ Rourke, fixates on the TV statics and announces, “They are here.” The next day she is sucked into a portal in her closet. In their rescue attempt the family learns the unsettling history of the house. This Steven Spielberg film is another famous Halloween classic was nominated for three Oscars as well as many other respectable awards for its scary paranormal and haunting plot that keeps the audience on the edge of their seats.

This 1980 classic is a must watch this Halloween season. You might even be able to catch it in movie theaters this October due to its well deserved popularity, as everybody knows the classic “Here’s Johnny,” twins and overall creepy hotel. The Torrance family is hired to watch over a remote hotel for the winter, but the son’s curiosity gets the best of him when he opens the forbidden room letting loose all the true secrets of the possessed hotel causing their dad, Jack, Jack Nicholson, to start going crazy, which ends up putting the whole family at risk. This movie is a staple Halloween movie and one of Steven Kings’ most famous works as a psychological horror film.

The 2017 critically acclaimed film that not only gives its audience a scare but shows them true horrors of racism in our own society. It follows Chris Washington, Daniel Kaluuya, on his meet-the-parents weekend trip with his girlfriend to her family’s house. The Armitage family is overly nice, but as the weekend progresses, their overly nice behavior becomes stranger. Washington finally sees the truth, but it is too late. This movie was nominated for four Academy Awards, five Critics’ Choice Awards, and two Golden Globes for its outstanding writing, acting and production. It has lots of satire and psychological scares that make it live up to its many awards and reviews.

This four-movie series takes a more comedic turn on the horror movie genre (which is why it is my personal favorite). All the movies follow Sidney Prescott, Neve Campbell, as she is hunted by the Ghostface murderer, who is a different person each film. The whole movie you are trying to find out who Ghostface is, and it is always the one you least expect. Although the film has some pretty gory scenes, it also contains some humorous scenes that mock the predictable humor genre. It is a comedy, drama, mystery and thriller all rolled into one making it a great movie to watch this spooky season because it can be enjoyable for even those who aren’t huge fans of horror movies.