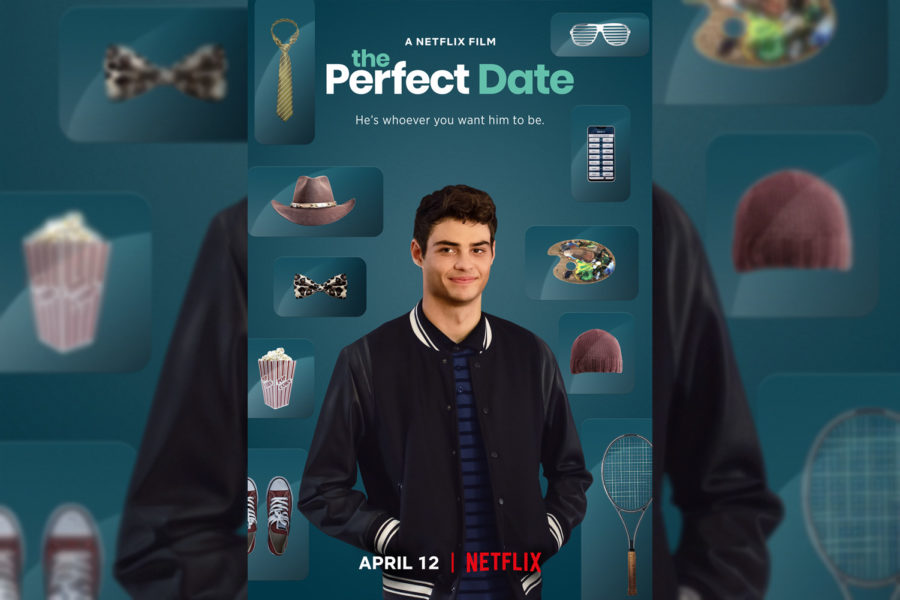 The newest Noah Centineo romcom, “The Perfect Date,” revolves around high school student Brooks Rattigan. He is looking for money to pay for his tuition to his dream school: Yale. While working a mediocre job at a local sub shop, he is blindsided by an opportunity to make some cash by taking Celia Liberman (Laura Marano) on a date to her school’s formal.

This one date sets Brooks on the ride of his life, as his best friend Murph (Odiseas Georgiadis) makes an app that helps girls find a “stand in” boyfriend that they can personally create for any occasion. All of the money Brooks makes would help fund his college tuition.

I won’t lie. I went into this movie skeptical because I didn’t really understand the concept of it and thought that it sounded unrealistic and cheesy. I absolutely adore all of Noah Centineo’s movies on Netflix but I just didn’t think this one would hit the mark. I was utterly surprised that this might just be my favorite one yet.

With the hints of female empowerment within Celia’s character, I found that they covered the topic of male dominance in romantic endeavors well. Also, the overall theme of materialism being a negative aspect to one’s happiness brought a refreshing and unique angle away from the cliches of modern society. I adored every twist and turn that this story had to offer.

I strongly disliked Laura Marano’s previous acting endeavors on Disney Channel and her efforts in music because I think she just was trying way too hard to be good. She lost all of the authenticity that her previous roles could have had if she wasn’t overselling her acting. However, this movie may have just turned my opinion of her around. She portrayed her character with elegance and sass and I couldn’t be more pleased.

As for the other actors, I think everyone completely hit the mark. I was completely shocked with how well Odiseas Georgiadis portrayed Murph. I think he may have been my favorite character out of the film. He so perfectly played this role. He embodies the geeky, gay teenager in such a way that you wouldn’t believe you weren’t watching his true life.

Overall, I recommend that everyone should check out this movie on Netflix. It’s changing minds.

If it says anything, my 13-year-old brother watched this one instead of playing video games, and he even liked it.