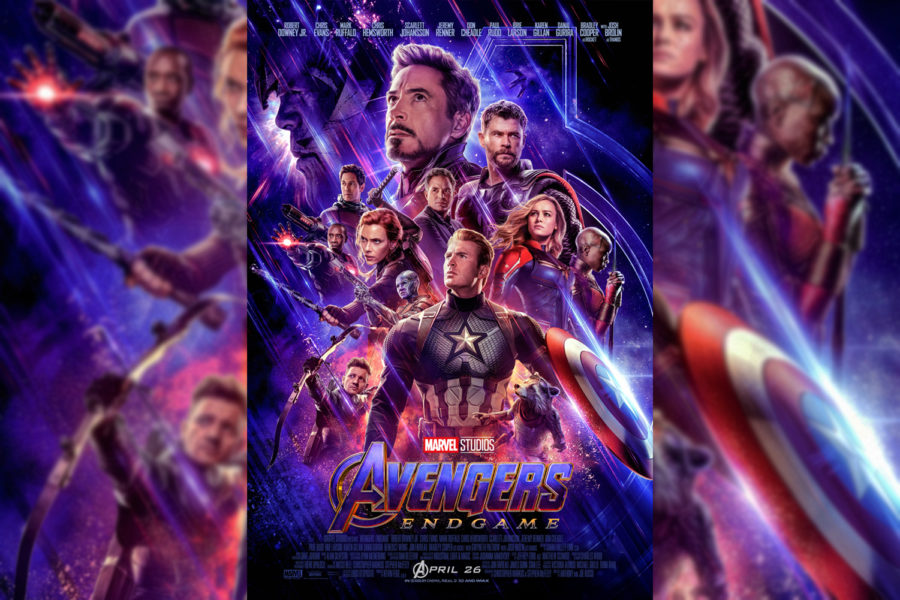 “Avengers: Endgame,” a product of genius directors Anthony and Joe Russo (the Russo brothers), achieves and goes beyond what can be considered a cinematic masterpiece. With the best visual effects and camera work, two incredibly skilled and dedicated directors, a phenomenal cast and a heart-stabbing story, “Endgame” is far more than an appropriate end for the first 22 films (dubbed the “Infinity Saga” by the president of Marvel Studios, Kevin Feige) of the Marvel Cinematic Universe (MCU).

In the prequel, “Avengers: Infinity War,” genocidal space tyrant Thanos (a bloodthirsty Josh Brolin) surprised audiences by achieving his goal of collecting all six Infinity Stones and successfully killing half of the universe, including fan-favorite characters like Star-Lord (a quippy Chris Pratt), Black Panther (a charismatic Chadwick Boseman) and most notably, Spider-Man (the best Spidey actor to date, Tom Holland).

Given the sensitivity of spoilers over the plot of “Endgame,” I won’t go beyond any other synopsis that can be found on other well-known film sites like Fandango, IMDb or Rotten Tomatoes. The remaining Avengers plan to find Thanos, kill him and find a way to bring back all those who were snapped away, no matter the cost. In about two or three weeks when a good amount of people have seen “Endgame,” I’ll come back to post a spoiler review and go much more in-depth on certain points.

Speaking of cost, the estimated production cost for “Endgame,” according to the Observer, was about $350 million. The visual effects, assisted by the Russo brothers’ knowledge of how to angle a camera, provided by this landfill of cash was well worth it. Like “Infinity War,” more than a majority of the environments in “Endgame” are digitally created, yet all of them appear like modernized Renaissance paintings of picturesque landscapes. Not to mention effects like Thor’s (a Chris Hemsworth who should’ve gone for the head) lightning or Iron Man’s (a very hungry Robert Downey Jr.) latest suit are a feast for the eyes.

And as far as the cast goes, viewers will forget what it means to be disappointed. Assisted greatly by these superheroes appearing with very human and relatable emotions (a trademark of the MCU), each and every performance achieves what it set out to do, whether it was to instill a slight chuckle or make you cry uncontrollably.

Lastly, the story. As I said before, I can’t say much, but I will say that the storytelling alone in “Endgame” is much more than what I bargained for. The Russo brothers understand that people genuinely love this universe, and they understand how to use the emotional build-up from the last 11 years to bring the Infinity Saga to a conclusion that is satisfying in every way imaginable.