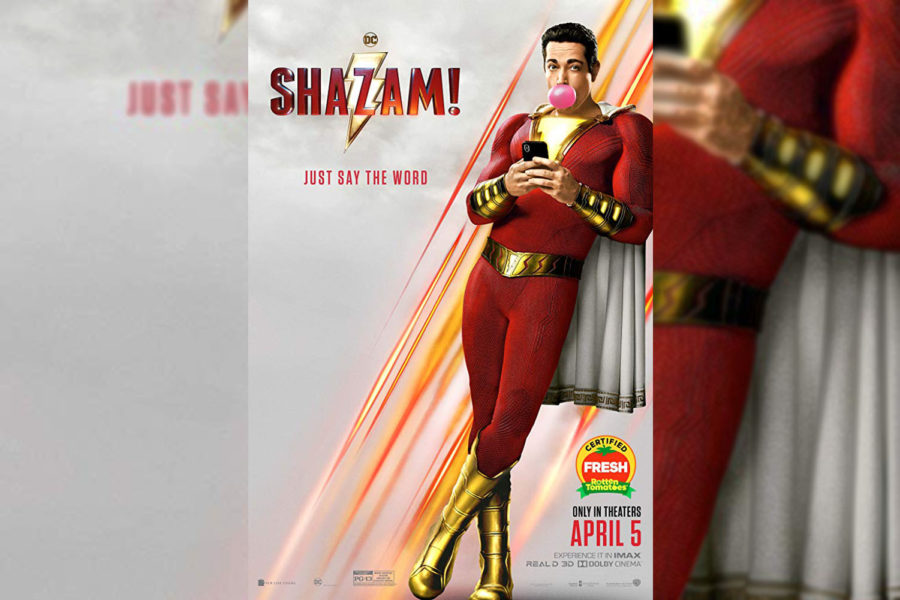 DC's latest film is an entertaining and surprisingly heartwarming superhero film about Billy Batson, a boy who can turn into a powerful hero by yelling one word: "Shazam!" Media courtesy of Warner Bros. Studios.

Fourteen- year-old runaway foster child Billy Batson (a somewhat dejected Asher Angel) is summoned by a wizard (a nameless and wacky Djimon Honsou) to receive his magical powers that allow Billy to transform into the strong-as-Superman hero (an enjoyably immature Zachary Levi) by saying the word “Shazam.” While Billy’s alter-ego never officially earns a “superhero name,” he is credited as Shazam.

But why does the wizard need to give away his powers, especially to a 14 year old? A man named Dr. Sivana (a more than dejected Mark Strong) stole an orb from the wizard that imprisoned the physical manifestations of the Seven Deadly Sins, and the wizard needs a “champion” to inherit his powers, as he himself is too old to fight. As for why Billy was chosen, he just happened to be the in the right place at the right time.

Now, given the DCEU’s rough past with critical failures such as the somewhat serviceable “Man of Steel,” the infamous “Batman v Superman” and the frustratingly dense “Justice League,” I was afraid to see how director David Sandberg (known for “Annabelle: Creation,” a hollow horror movie) would handle a teenager getting a hold of godlike powers.

Much to my surprise, Sandberg didn’t fall back on the DC trend of turning a bright, flashy hero like Superman into an edgy, grimacing and certainly more bland version of the character. Instead, he lets Angel and Levi act like what they are: kids. It’s a great breath of fresh air that the franchise desperately needed.

Much to my surprise, Sandberg didn’t fall back on the DC trend of turning a bright, flashy hero like Superman into an edgy, grimacing and certainly more bland version of the character. Instead, he lets Angel and Levi act like what they are: kids. It’s a great breath of fresh air that the franchise desperately needed.”

Another step that Sandberg took to step away from DC’s unhealthy habits was to include an emotionally compelling dynamic that wasn’t having mothers who share a first name. In this case, “Shazam!” was about family.

About the same time Batson received his powers, he was coerced to join a foster family. As far as side characters go, Batson’s foster siblings are incredible drivers and motivators of the story. Superhero films tend to love getting lost in their hero at the expense of side characters, which is by no means a bad thing if the hero becomes well-developed, but “Shazam!” avoids that trend as a whole, developing Batson alongside his siblings.

But because every good guy earns a hearty helping of character development, Dr. Sivana is left half-baked. Though his motivations of wanting to prove himself as better than his father and older brother are understandable, as they both bullied him extensively when he was young, he’s not that interesting of a character beyond the surface level.

It’s not saying much to call a DCEU villain bland (because all of them have been up until this point), but this is a movie that DC fans in general ought to be proud of.