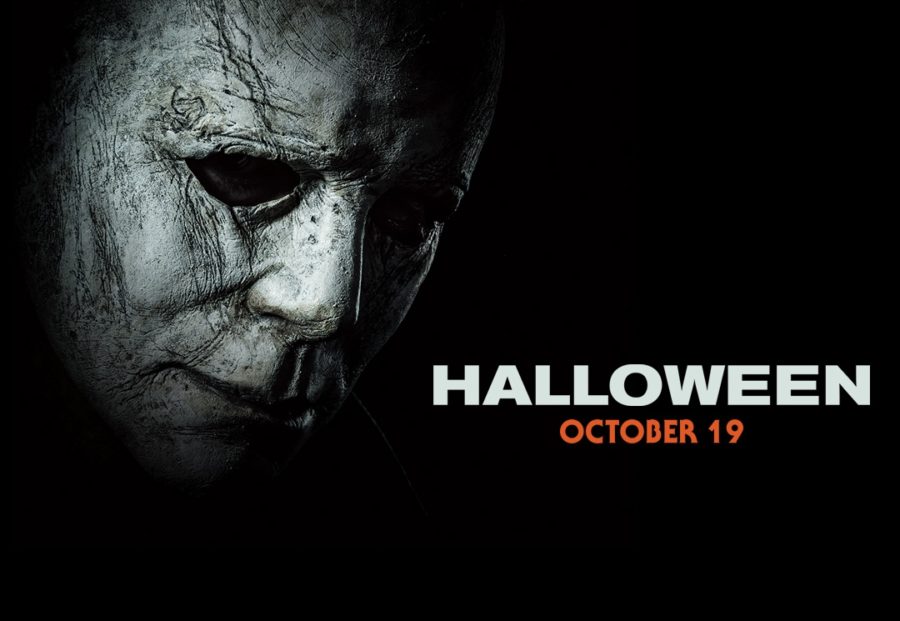 This review contains minor spoilers from an early scene in the movie.

October is always a time of the year that I look forward to. Not because the leaves are changing hues or because of the temperature dropping, but because of the influx of awful horror movies. I absolutely adore trashing on Hollywood’s newest scary movie.

Recently, a few notably impressive and thought provoking films such as “Get Out” and “A Quiet Place” have been refreshing additions to the genre, but the majority of recent horror films are garbage cash grabs that I nitpick endlessly.

When I saw that the biggest release of Spooky Season 2018 was “Halloween”, a sequel to one of the most influential horror movies, I was eager to have fresh material to complain about. But as I was leaving the theater, I was pleasantly disappointed. The film wasn’t awful. In fact it was pretty excellent.

“Halloween” is a sequel to the 1978 classic of the same name. As the eleventh title in the franchise, the writers decided to retcon every previous installment except the original, making “Halloween” the only canonically true sequel.

from a mental hospital yet again and returns to Haddonfield, Ill.,to hunt down Laurie Strode (Jamie Lee Curtis), the woman who narrowly escaped him many years prior during the first film. On the way to the final confrontation, Myers kills 16 people in all manners of creative ways while seemingly being impervious to all physical harm. It’s up to Strode, her daughter Karen (Judy Greer) and her granddaughter Allyson (Andi Matichak) to stop the killer forever.

It seems like all movies that reboot a classic franchise feel like they need to explain every single nuance of its characters’
motivations that weren’t explored in the original work. This practice of adding new backstories is unnecessary, boring and leaves nothing to the imagination, which is especially harmful to horror franchises whose successes ride on our innate fear of the unknown.

The beginning of the movie worried me because it starts with two pompous reporters who meet with Myers and try to uncover the motivation behind his killings. However, I was extremely pleased when all chances of a new backstory were slashed, as the two reporters are slaughtered early on in the movie.

There is no doubt that this sequel has done an exponentially better job at characterizing Myers than the original film. The writers knew that Michael Myers is one of the greatest movie villains of all time, not because he’s all that scary or because he’s evil, but because he’s simple. He doesn’t have a complicated backstory, he’s just an inhuman person who has been killing since he was six.

Instead of adding new storylines, they fleshed out the character traits that made Myers so cool. In the original, Myers was sloppy and almost too human, instead of the unemotional killing robot he’s supposed to be. To fix this, the sequel includes long camera sequences that follow him and show how methodical and precise his slaughters were. I wasn’t on the edge of my seat because I was waiting for the next jump scare, it was because of the anticipation and tension of waiting to see how the killer would decimate his next victim. The original movie was filled with awkward sequences where Myers would just stare at people, or bump into them, and then not kill them. It was extremely confusing because the morality of who to kill and who not to kill was never consistent. The sequel does an excellent job showing that Myers doesn’t discriminate on who he kills.

The main actors played their roles in an outstanding fashion. Andy Matichak’s performance as the main heroine is

extremely refreshing. Allyson takes charge and isn’t a weak sniveling girl who needs to be saved. She stands up to the drama of teen life and a killer in the same way- strongly and with unfaltering bravery. For once, a movie was full of teenagers and I didn’t feel like ripping my hair out. The supporting cast that played Allyson’s friends perfectly embodied young adults in 2018 without trying too hard to be relatable. It was so nice to not cringe at people who are supposed to be portraying my age group.

“Halloween” rides such a sweet balance between humor and suspense. One of the most standout features of this film is that it’s a horror movie that doesn’t take itself too seriously. There were several scenes of the movie where I was laughing hysterically at excellently nuanced jokes, the blunders of certain characters, and at the creative brutality of Myers’ killings. The way that the jokes would suddenly blend with a shocking event were so seamlessly integrated and I was impressed at how the tone would change on a dime without jarring the viewer. This perfect blend caused the pace of the movie to be very fast and diverse, which was a welcome change from the slow drawl of the original.

My standards for movies are probably way too high. It says something about me that most of the time I’m watching them, I’m focusing on the weaker parts of the film so I can criticize them later. Conversely, it says a lot about a film when I forget to be a snob and enjoy what I’m watching. “Halloween” was an unexpected treat that is a must watch for all horror fans.