On January 26 and 27, at 7:00pm in the theater, three MHS seniors will each showcase a short one-act play that they directed.

The seniors, Milo Laux, Lauren Taylor, and Amber Hirsch, applied within their Theater 3 class to direct these one-act plays. Once accepted, they were given a set of scripts to choose from.

Laux’s play, “Tracks,” is about a group of strangers that meet in a subway station, and discover that they are all dead and that the train will take them to either heaven or hell.

“I like the idea of death,” Laux said. “Not in a morbid way, but the concept of weighing out your life choices.”

Laux had to do in-depth work with the cast to flesh out their characters. None of the characters have names, so Laux collaborated with the actors to craft backstories and names.

Through this process, Laux learned a lot about directing actors and being a leader.

“I learned that it’s not always important to be liked as much as it is to be productive,” Laux said. “I was really worried, in the beginning, I was like, ‘what if my cast hates me or something?’ Then I realized that they’re just trying to be there to put on a good show, and I need to give them the best direction possible.”

Laux said other MHS students would enjoy the play because of the intricacies and subtext weaved into it.

“If you’re into detail work, I’ve been putting in a lot of subtle hints to things and using color archetypes in my show,” he said.

Taylor’s play is called “Radium Girls,” and tells the true story of when the U.S. Radium Corporation was caught poisoning its employers in the 1920’s.

“The dialogue in mine is very detailed, and I really liked it,” she said. “Not many people have heard of the radium girls, and it’s a true story so I thought we could bring more awareness to it.”

Taylor has been involved in theater throughout her entire three years at MHS as the stage manager. She said the director role is different from being the stage manager, but similarities do exist.

“I’ve learned that the whole process is way more in-depth than I thought it would be,” she said. “I’ve sat in with plenty of auditions, and I never thought it would be this hard to pick actors and actresses. I learned it’s not the better option to be friends with your cast, but it’s better to be the leader and get things done.”

Hirsch’s play is called “Mirrors” and is about a mentally ill man who is unsure of which aspects of his life are in his head and which are real. Hirsch was drawn to this script because she liked that it was up to the audience to discern these details.

Hirsch also thinks MHS students would enjoy her play because of the amount of detail and subtlety she included.

“I’ve put a few hints in there,” she said. “All my actors are very new, and they’ve surprised me with what they can bring, and they’ve done a good job.”

Altogether, Hirsch thinks MHS students should come see the one-acts because of the amount of work and passion the group has put into them.

“We’re three seniors,” she said. “We have a full school load, some of us have jobs. The fact that we were able to pick a show and then create our vision of it. My one act is all I do. We put everything else on hold and came up with something really unique in a way nobody has looked at it before.” 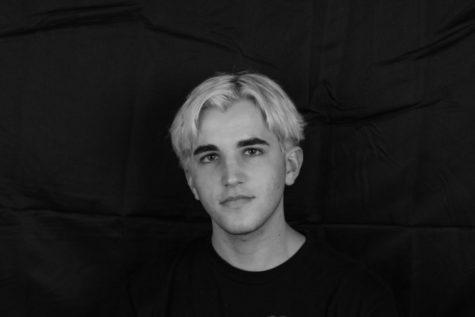